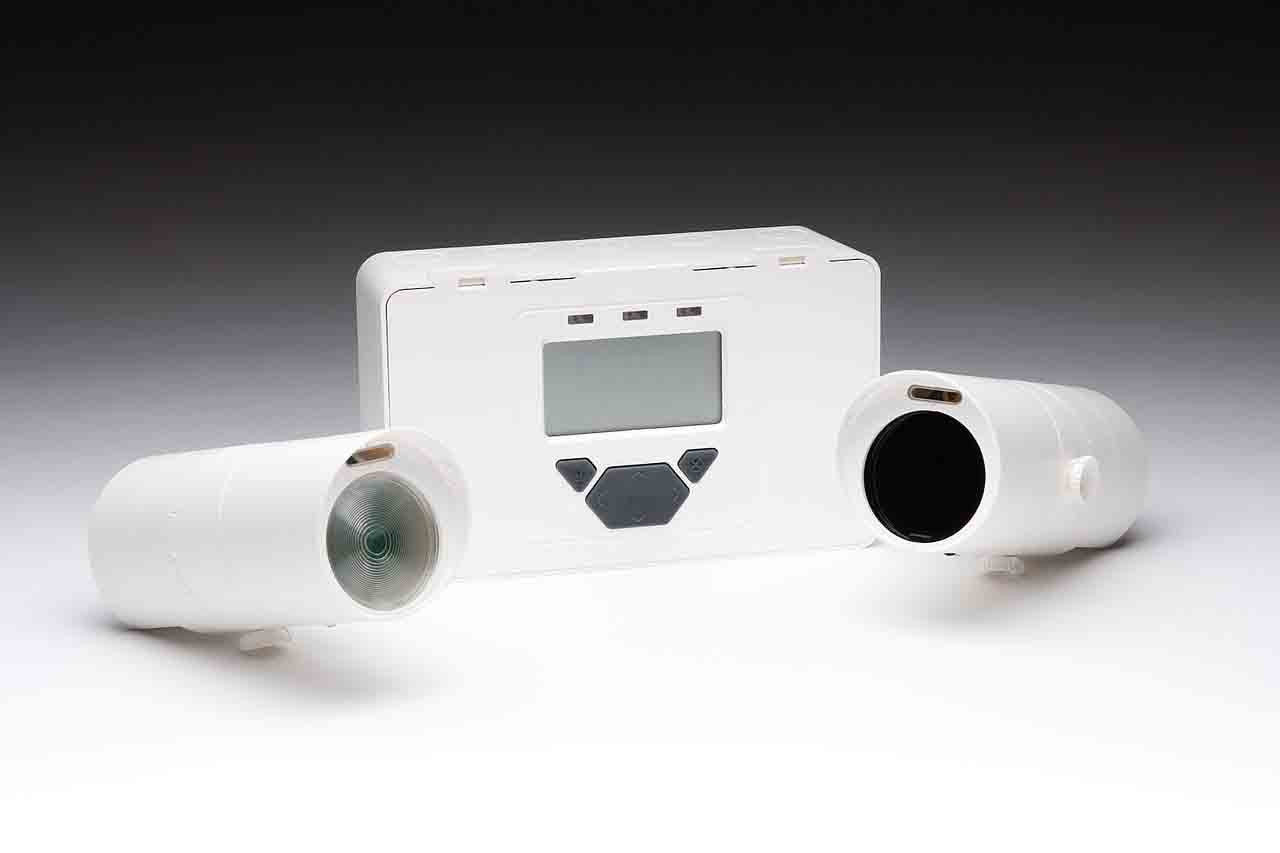 A SIGNIFICANT NUMBER OF VICTIMS AND INJURIES DUE TO FIRE ARE DUE TO THE LACK OF FIRE PROTECTION SYSTEMS. SMOKE DETECTORS RESPOND TO SMOKE AND ALERT YOU TO DANGER. BUT THEY DO IT IN DIFFERENT WAYS.

What is a smoke detector?

Smoke detector (smoke analyzer, smoke detector) is a device that captures smoke in a room in the early stages of a fire and notifies the owners of the house.

The smoke detector is not the only firefighting device. There are also heat detectors that respond to heat from the flame, and gas analyzers that process the gas environment when ignited.

The most popular devices are smoke detectors with a siren, but strobe lights or a speech signal can also warn of danger. In some models, you can even set up a touch alert – a vibration of the bed or pillow.

Modern devices can serve as part of smart home and notify of a fire through a notification on a smartphone. So you will find out about the problem, even if you are not at home.

The dimensions, response times, and accuracy of the instruments depending on the manufacturer and the specific model.

There are several types of fire smoke detectors, but the stages of their operation are approximately the same:

Also, some models have a “test” button on the case, which simulates the response of the sensor and used during commissioning.

Electronic smoke detectors are divided into points and linear.

Remember how to spotlighting works: small round luminaires without additional structures can fill a small space with light. The smoke detectors work in much the same way.

All structural elements are connected in a single housing, usually round. Sensors are designed to protect small rooms with normal microclimate conditions, without high dust and gas contamination – in vestibules, ordinary living rooms, offices, hotel rooms.

The LED and photodiode are located in a smoke chamber made of matte black plastic, which does not transmit ordinary light and coarse dust and at the same time freely passes air

If fumes or gases enter the sensor, it may also trigger and cause a false alarm. It depends on the sensitivity of the device.

Point sensors are the most common and simple to implement. The choice on the market is huge, the cost is small – from 500 rubles. Installation is simple – the buyer can carry it out independently with dowels and screws. They place it, as a rule, on the ceiling: warm air rises, and so the sensor will detect a fire faster.

Two-component consist of a radiator (transmitter) and a receiver. The emitter generates an infrared beam and “lets” it around the perimeter of the room. When smoke occurs, smoke particles partially block the beam, so it reaches the receiver more slowly and with less intense brightness. The receiver reads this information and triggers an alarm.

The emitter and receiver can be placed at a distance of up to 100 m from each other, so the linear smoke detector is designed for large areas with complex ceilings and ceilings.

One-component devices are a single housing – a radiator and a receiver are connected in it. A passive reflector (reflector) installed on the opposite wall from a single-component sensor – a prism that reflects rays but does not accept them. So, an infrared beam crosses the room twice, reflected from the reflector, and returns to the receiver.

A one-component sensor is considered one of the most accurate: the signals coming from the rays contain more information, and the risk of false alarms is reduced. With a large area of ​​the room, you can use one reflector for several sensors, if it can reflect rays from several sources.

Linear sensors are considered superior to point sensors in sensitivity and response speed.

The name of these sensors comes from the term “aspiration”. It means “inhalation”, and in the context of ventilation and fire safety – forced air intake from a room or production equipment by a fan or pump.

It is difficult to call them sensors: the design is too bulky. More often they are called aspiration detectors. They consist of the following elements:

A fan or pump pumps air from the room into the piping, the laser transmits smoke information to the receiver, the receiver activates an alarm.

The price of aspiration detectors can reach up to 200 thousand rubles, so buying such a smoke detector into an apartment is not the most reasonable decision. 🙂They are used by museums, galleries, airports, warehouses, trading floors, etc.

An ionization detector is a block with two plates. The current acts on the plates, which is produced by ionization. For ionization, radioactive material is used. When smoke enters the unit, its particles reduce the voltage between the plates. Reducing the voltage to a certain indicator puts the sensor in an alarm state.

Ionization sensors are rarely used since ionization can be harmful to humans.

By the nature of the transmission of information:

Regulatory requirements for smoke detectors are described in document SP 54.13330.2016 “Residential multi-apartment buildings”. Here are some of them:

Point detectors should be installed under the ceiling. If this is not possible, placement on columns, walls, and other supporting structures is allowed.

If point detectors are mounted on walls, they are placed at a distance of at least 0.5 m from the corner.

When placing sensors at a height of more than 6 m, it is necessary to provide access to them for maintenance.

The distance from the sensor to the supply air vent must be at least 1 m.

The sensor should be placed at a distance of at least 0.5 m from nearby objects, equipment, and electric lamps so that electromagnetic interference and light radiation do not interfere with the operation of the device.

If the sensor is located under the false ceiling and in other “hidden” places, you must provide access to them.

The emitter and receiver of the linear sensor must be installed so that they are not obstructed by any objects.

It is important to regularly wipe the device from dust so that dust particles do not reduce the sensitivity of the sensor and do not lead to malfunctions.

How to choose a smoke detector in an apartment

Aspiration, ionization, and linear sensors are redundant for ordinary residential premises – a point detector is enough.

Many modern sensor models associated with a smart home. For example, a fire smoke detector can be used both as a standalone device and in the ecosystem of the same name.

When you connect the sensor to the system through a mobile application, instant push or SMS smoke notifications will come to your smartphone. The sensor is wireless and transmits data to the phone in real-time over the air. He also notifies you in advance of a low battery so that the fire protection is not interrupted at an unexpected moment.

Using the application, you can create scripts for the interaction of the sensor with other devices.

We wish your home to be always protected from any dangers!

Places to Look for Luxurious Apartments For Sale in the City

Businesses That Earn Good Profits Out Of Covid-19

How Good Is Dehumidifier For Basement?

COMMERCIAL ROOF SURVEYS: WHAT ARE THE BENEFITS?