Why go? Whether you’re a beginner or experienced climber looking for a London climbing wall, Stronghold has you covered. Less than 2 minutes walk from Tottenham Hale National Rail & Underground Station with plenty of onsite parking too. Tottenham Street Food Market & Beer Hall is also on site and open weekends making Stronghold UK one of the best climbing walls in London.

What is it? One of the city’s largest and oldest food markets with plenty of Street Food. It heaves with both tourists and locals gaping at a dizzying array of artisan delights and scoffing free samples.

Why go? Borough market in London Bridge has a history that goes back to the thirteenth century, and these days it’s livelier than ever. Packed with artisan traders such as Brindisa and Monmouth Coffee, it’s also home to some of the best restaurants and bars in the city. Take a seat beneath the glass-and-iron roof after hours and watch the traders pack up after another day.

What is it? Kew Gardens is 3,00 acres of beautiful green space, filled with stunning vistas, rare plants, Victorian glasshouses, a Chinese pagoda and a treetop walkway all in London.

Why go? Kew Gardens really is unlike anything else in London. The world-leading botanic garden is captivating at any time of year. A Grade I-listed greenhouse, twice the size of Kew’s famous Palm House, it recently reopened its doors to the public after a major no expenses spared five-year renovation. Visit for swathes of blooms in spring and summer, a crunchy, autumnal paradise or to follow the super popular, innovative Christmas at Kew lights trail which takes over the space every winter. The newly restored Temperate House is also a horticulturalist’s delight.

What is it? A tranquil and photogenic pocket of London just north of Paddington, which is known for picturesque waterways and narrowboats.

Why go? Home to a community of boat-dwelling Londoners, Little Venice is a special spot. Wander through Rembrandt Gardens, feast on seafood at The Summerhouse or browse the plants and have a cuppa in the Quince Tree Café at charming Clifton Nurseries. Then hop on board a cruise travelling between Little Venice and Camden Lock, or wander east along the canal towpath to London Zoo or Primrose Hill.

What is it? Built as the Millennium Dome to mark the year 2000, 20 years later the O2 Arena is best known for being a major live music venue and hosting sporting events such as Boxing & MMA. You can now walk on the roof in a guided tour taking 50 minutes.Why go? Well apart from the stunning views of London there’s loads to do here even when the likes of Katy Perry, Little Mix, Stormzy & Jay-Z aren’t strutting their stuff. Think restaurants, bars, a bowling alley, a cinema, an Oxygen Freejumping trampoline park and new outlet shopping centre Icon. 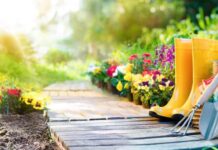 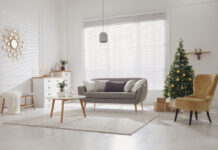 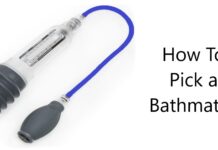 How To Pick a Bathmate?

Love Fashion? Here’s How You Can Use Your Love for Fashion...

What are the advantages and disadvantages of spray foam insulation? 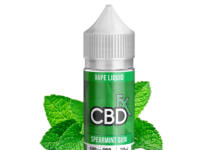 What are the advantages of adding CBD oil kits to our...

Why a London Tantric Massage is Great for Your Health?

Everything You Need to Know About Parcel Mailing Bags

The Benefits of a Screeding Project in the UK

Ways to Make Your Bedroom Better for Sleep