What exactly does “AGM battery” mean? Even though they have been there since the 1980s, most individuals have no idea what AGM stands for. AGM is an abbreviation for Absorbed Glass Mat battery. AGM batteries have grown in popularity in recent years. AGM batteries are widely used due to their unique construction. Because of how they’re built, AGM batteries have a greater voltage output, allowing them to sustain the increasing amount of electronics in modern and heavy-duty automobiles.

Do you need a new battery for your car, RV, truck, boat, golf cart, or power sports vehicle? An AGM battery might be the solution. Today, we’ll look at how AGM batteries to function, the many aspects of AGM technology, and the benefits of AGM batteries over standard lead acid batteries. We’ll also go over deep cycle AGM batteries and how to choose an AGM battery charger.

What Is the Distinction Between an AGM and a Regular Battery?

Traditional flooded lead acid batteries are commonplace in automobiles, trucks, boats, and recreational vehicles. Flooded batteries are made up of many lead plates separated by separators. These plates and walls are contained within a solid case, together with a liquid sulfuric acid known as an electrolyte.

How Do I Determine Whether My Battery Is AGM?

AGM batteries are built differently from flooded batteries. They still have plates and an electrolyte, but the plate separators in an AGM battery are constructed of a specific fiberglass substance.

What exactly is AGM battery tech?

Is AGM the same as valve-regulated lead acid batteries?

AGM batteries are also known as Valve Regulated Lead Acid batteries, or VRLA for short. One type of VRLA battery is the AGM battery. The fundamental feature of VRLA batteries is that they include a specific valve that prevents gases from leaving the battery’s case.

So, why is that significant? Lead acid batteries provide electrical energy by converting stored chemical energy. This is accomplished by a series of chemical interactions between the plates of the battery and the electrolyte. The water in the electrolyte is divided into hydrogen and oxygen gases during this process. When this happens, a flooded battery may lose part of its water owing to evaporation. That is why flooded batteries require you to add distilled water regularly to keep them from getting excessively acidic over time, reducing the battery’s overall lifespan.

Because a VRLA battery is sealed, any gas that escapes is recombined into the water during the charging process. This keeps the electrolyte’s appropriate chemical content, resulting in longer battery life.

What are the Benefits of Using an AGM Battery?

Due to their unique construction, AGM batteries offer lower internal resistance than flooded batteries. This gives them a lot of benefits.

Charge rates are up to five times faster with AGM batteries than with flooded batteries.

Longer battery life: How long do AGM batteries last? AGM batteries can outlast flooded batteries by two to three times. Their lengthy lifespans can save consumers money in the long term.

Slower discharge rates: An AGM battery retains its charge longer while not in use and is more likely to be recovered if entirely discharged.

AGM batteries are spill-proof because the electrolyte is retained in place by the plate separators. This enables you to install an AGM battery in situations that a flooded battery would not allow. 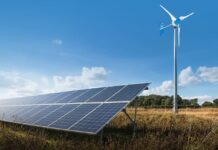 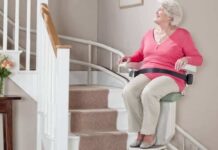 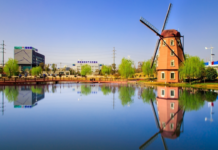 The Pod Seating System at Venues: How Does It Work?

5 Of The Most Important Things To Teach Your Dog

Top Supplement Goods You can Buy Online in the UK to...

How Much CBD Should You Take?

Make Your 2022 New Year’s Wishes with VOOPOO UK Together