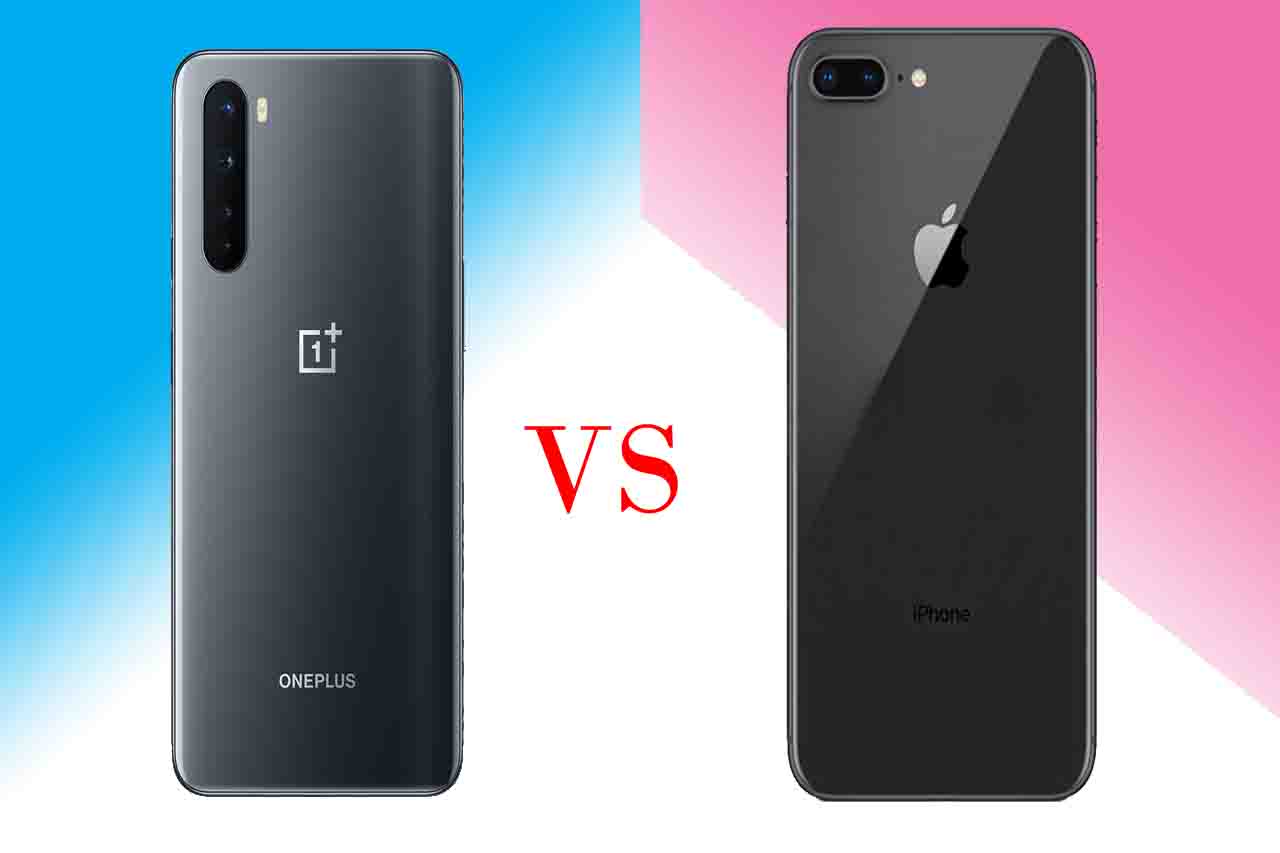 OnePlus is once more on the budget-phone wagon with the release on OnePlus Nord. The company that started its journey by offering smartphones that resembled Apple iPhones but at affordable prices and with Android instead of iOS, started to leave this approach behind in the last couple of years when flagship OnePlus phones started to come out.

While OnePlus 7 & 8 provided great specs and impressive design language, they didn’t really hit home for the standard OnePlus customer that is used to, and now seeks, an almost premium phone at a mid-range or even budget price.

The OnePlus company definitely didn’t want to lose their existing customers and the market sector where they are practically ruling. This is why, this year, the Chinese smartphone company came out with a new budget-friendly smartphone again, the OnePlus Nord.

Funnily enough, with the release of the OnePlus Nord, the table have turned. While Apple used to release and impressive-looking iPhone and OnePlus would somewhat copy the design to present a sturdy phone with a similar design and good specs, now, there is a budget iPhone that lies in the same price range as the OnePlus Nord and may be offering even better specs and performance, the refurbished iPhone 8 Plus!

While it is may seem not that easy to find an Apple iPhone at the price of a OnePlus Nord, it is actually available pristine and at the same mid-range price among the collection of used phones for sale by QwikFone.

In this post, we’re going to take a deep look at both phones, the OnePlus Nord & the iPhone 8 Plus, regarding all the major aspects, the design & build material, display quality, cameras, and battery.

This battle of the two budget-friendly phones may not turn out as tense as GoT battles, but it will definitely have a few surprises that can change your mind if you’re getting into this comparison between a 2016 phone and a 2020 phone thinking that the result is predetermined.

So, if you’re considering buying the OnePlus Nord, or the iPhone 8 Plus brand-new or even refurbished, keep on reading to find out the most important points that will help you make a decision.

Design: All screen vs bezels!

No shade intended towards the iPhone 8 Plus here. However, one can’t help but notice the major differences between the fronts of the two phones side by side.

The OnePlus Nord has an all-screen front with a small punch hole for the dual front cameras. The iPhone 8 Plus, on the other hand, has more of a traditional design of the older Apple iPhones prior to the iPhone X.

The build material aspect leans in favor of the iPhone 8 Plus with an aluminum frame and Gorilla Glass on the front and back. The OnePlus Nord also has Gorilla Glass on both its back and front. What is curious is the plastic frame!

The reason for having such an odd choice for a mobile frame such as plastic is, of course, to control the cost. Due to having a plastic frame, however, the OnePlus Nord has failed its durability test which raises the question of: Is the lower price worth compromising the quality and durability of the phone?

When there is no difference in the price, which is the case between the iPhone 8 Plus & the OnePlus Nord, durability wins over everything else. So, it is safe to say that, even though the iPhone 8 Plus does not have an all-screen attractive front, it wins this point of the battle!

Display: The notch is gone either way!

While comparing the latest iPhones to any other smartphone the other device would win in the screen department as most brands are finding different solutions for the notch from replacing it with a punch hole or adding a motorized pop up front camera while Apple is still insisting on its humongous annoying notch, this is not the case here.

Since the iPhone 8 Plus has the traditional design of classic iPhones with the top and bottom bezels along with the home button, it has no notch. So, watching videos in landscape mode is not going to be interrupted by anything cutting out the screen.

The OnePlus Nord also does not have a notch, instead, it has a small cutout on the top left corner to contain the dual selfie camera.

The screen panel quality is premium in both phones as the iPhone 8 Plus has a Retina IPS LCD and the Nord has Fluid AMOLED panel.

As for the screen size, the Nord has a larger screen at the size of 6.44 inches while the iPhone 8 Plus only has a 5.5 display.

For the additional features, the iPhone 8 Plus has Apple’s famous 3D Touch in both the screen and the home button.

On the other hand, the Nord display has a HDR10+ which improves the display quality by miles compared to the iPhone.

So, over all, the OnePlus Nord wins this point of the battle with a larger and better display.

Cameras: The numbers can lie!

When taking a look at the camera specs of both phones side by side on the comparison page of GSMArena, you will be blown away with how much of a difference the image quality of both phones. The Nord has 4 camera lenses on the main camera module with the quality ranging from 48MP to 2MP. It also has a dual lens front camera with 32MP and 8MP.

The iPhone 8 Plus, on the other hand has only dual camera lens on the main module with 12MP quality for both and the front camera is a single lens at the quality of 7MP.

Depending on only the numbers the 48MP camera of the OnePlus Nord would win this point, right?

Well, while this is correct in theory, it is important to remember that most Android phones use the 48MP lens to make up for the missing camera performance that is found by default in iPhones thanks to Apple’s premium quality in both the software and hardware of the camera.

So, while the numbers show huge differences in camera quality, the iPhone 8 Plus already has a premium and impressive camera performance that the OnePlus Nord will have to beat!

Battery: The iPhone has an edge!

Once again, the Nord displays superior specs numbers in the battery with almost double the capacity of the iPhone 8 Plus. And, once again, we have to consider the quality of the actual performance and features rather than just the numbers.

So, without a doubt, the iPhone 8 Plus would win this point.  After all, when it comes to some features, once a flagship, always a flagship, right?

This comparison did not include a speed and performance comparison because both phones run the latest version of their respective OSs, Android 10 and iOS 14. So, in this department, it mostly comes to each users preference of software. One thing to keep in mind is that while Android is still finding its way into the AI and virtual assistants world, Siri is now smarter than ever and the iOS 14 is known as Apple’s best update of the iOS of all time! While it may seem as a tie between the two phones, each user can decide which aspects of the phone are more important in their individual perspective and take the decision based on that.

What is the Reason You Should Consider a Guest Blogging Service? 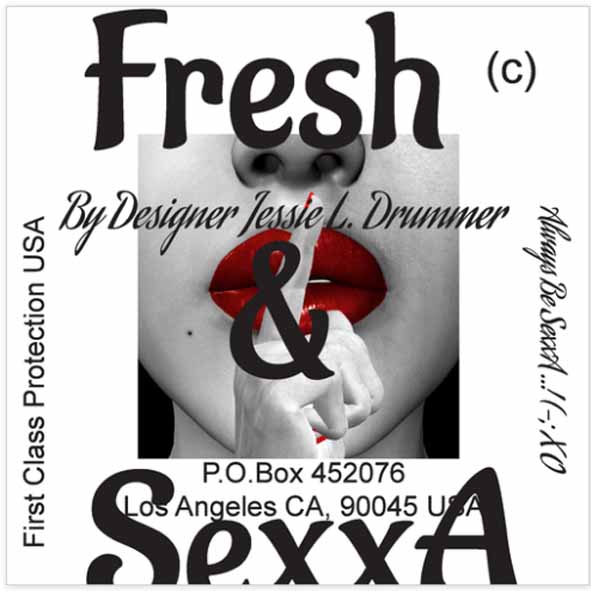 Fight against the spread of COVID-19 with Designer Jessie L. Drummer,...

WHY COMPANIES SHOULD INVEST IN AI AND ML IN 2021

Award-Winning VOOPOO Ushers in New Era with Launch of the ‘Indestructible’...