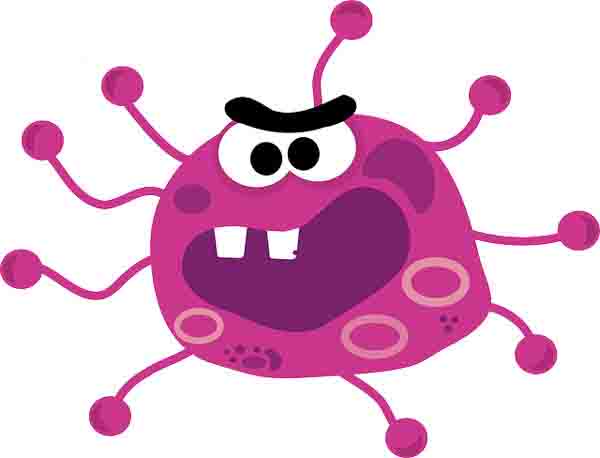 I think it’s fair to say that every computer user has had their system infiltrated by a virus, in one fashion or the other. For the vast majority of end users, such an event is nothing more than a small inconvenience, requiring a quick scan by whatever internet security solution, he or she has installed on their system.

However, there are those odd situations when such an event can result in a total disaster, with your computer system being almost totally destroyed, with no antivirus being capable of restoring it.

In the list provided below, this article will bring to light the worst viruses that have ever been brought to light, since the inception of modern computer systems. And since, most people are unable to make the distinction between the various types of malicious files, whether it be a Trojan horse, adware, or worms, it’s been decided that all virus types will be included. The amount of harm these malicious files have caused, easily runs into the millions, disrupting businesses and livelihoods.

Below are the 5 most notable malicious computer viruses:

Code Red was first introduced to the masses in 2001, and was first discovered by two security employee at eEye Digital. The name Code Red was given to the virus, because the two employees were drinking Code Red Mountain Dew when they discovered the virus.

The worm worked by targeting systems that used the Microsoft IIS web server, taking advantage of an exploit, with the buffer overflow. It left next to no trace of its existence, primarily because the virus ran almost entirely in the RAM, it being a relatively small virus.

Once it got onto a system, it would immediately start to replicate, creating hundreds of copies of itself. It would continue to replicate until it started to eat into the resources of the system.

Storm Worm is a virus that a large number of people would love to forget. It was first discovered in 2006, and was introduced to the masses with the subject line ‘230 dead as storm batters Europe’. Those who were intrigued by the story would proceed to open the email, then click on the link, within the email for additional information about the story. And that’s when the problem would start.

Storm Worm was a Trojan horse virus that worked by infecting and turning systems into bots or zombies, which were then used to spread the virus to other systems, sending out huge amounts of spam emails.

Because of viruses like this, it’s very important you never click on a link in an email, unless you’re certain it’s not malicious.

The Storm Worm virus, by the following year, had been sent out to more than 200 million systems. With the amount of damaged caused by the virus being immeasurable.

ILOVEYOU is without a doubt, one of the most effectively spread viruses in history. It infiltrated millions of systems, causing problems all over the world, and racking up a price tag in the $10 billion ballpark, in terms of damages. At its peak, it was said to have infiltrated over 10% of the entire worlds computers. This virus got so bad, that it forced many corporations and even governments to take their entire mailing systems off the net, just to prevent infection.

ILOVEYOU was created by two programmers from the Philippines, named Onel De Guzman and Reonel Ramones. It worked by using social engineering to get people to click on the attachment, which was in the form of a love confession. When in reality, the attachment was really a script, in a TXT file, which was not easily identifiable, because at that time, the file extension of files were hidden in email attachments.

Once an unsuspecting end user clicked on the attachment, it would immediately start to email itself out to other people on the victims contact list. Then proceed to overwrite Windows files, making the computer unbootable in the process. Unfortunately, the two programmers involved were never charged of a crime, this is because there were no laws against malware at the time. But this situation did help to usher in the first eCommerce Laws, to specifically address this problem.

This virus went by many different names, including Downadup, Conficker and Downup. It was a worm, that, up till now, no one knows who created. It was first discovered in 2008, and the name for it comes from a German pejorative and the English word for configure. It worked by infecting and turning systems into botnets.

At the virus’s peak, it infected more than 9 million computers, affecting individuals, governments and businesses. Up till date, it is still one of the largest and most significant viruses, causing in excess of $9 billion in damages.

The worm virus worked by exploiting a vulnerability in the network service present on Windows based systems, at the time. Once the virus successfully infiltrated a system, it would immediately reset the account lockout policies, then block access to antivirus websites and Windows update, then turn off certain Windows services while locking out account access.

Once it had successfully completed its initial tasks, it would then proceed to install software that turned the computer into a botnet, which it would use to generate revenue from the internet. Microsoft was able to kill the virus off, by patching the vulnerability. While many antivirus scanners learnt how to identify and remove the virus.

Mydoom first entered the scene in 2004, and was a worm virus, which was much like the ILOVEYOU virus, in terms of spread. The creator of the virus, is still, unknown, and from its line of code, it’s believed that the virus was creator for someone else, at a fee, given that the code contained the following message “Andy; I’m just doing my job, nothing personal, sorry”.

Craig Schmugar, an employee at McAfee is the man responsible for naming it, as he was one of the first persons to identify it. ‘Mydom’ was found within its lines of code, used to highlight that the proceeding code was going to be big.

The worm was successful in spreading itself by appearing as an email transmission error containing an attachment from within. Once the end user opened the file, it would immediately send itself out to all the users contained in the users contact list. It would also attach itself to whatever P2P program was installed on the infected computer.

The end result was a virus that opened up backdoor remote access to the target system, while at the same time, initiating a denial of service attack. The rumour goes, that the worm virus was created specifically to disrupt SCO, as a result of a conflict over the ownership of some unknown Linux code. It raked up a ridiculous sum of £38.4 billion in damages, and the virus can still be contracted up to today. So be careful.

Uchenna Ani-Okoye is a former IT Manager who now runs his own computer support website https://www.compuchenna.co.uk.

Details of mirror nightstand board 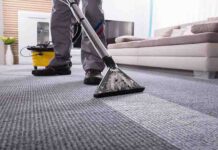 The Health Benefits Of Having Your Carpet Cleaned

Opportunities for investing in the marijuana market